“The masses are stupid.” Unfortunately, this is a sentence I have heard too many times in the world of media and news production. I have even been guilty of thinking it myself, when I moderated comments or published photos of footballers’ naked girlfriends instead of stories about how said footballer played the previous weekend. I grumbled and cursed the masses, but conceded that clicks make money and money makes the world go round. I never really believed in it though. It’s just something you say at work; the whole of humanity can’t REALLY be stupid, can it? Or at least that’s what I liked to believe.

Then, a couple of days ago, I came across a truly tragic infographic, about a slightly different type of written word. You can see it below, possibly the saddest Top 10 ever – the top 10 most read books in the world in the past 50 years. And so I redirect you, and myself, back to the opening sentence – there is obviously something innately and frighteningly wrong with a species that has Shakespeare, the great Russian authors, and libraries full of literary genius, but that picks up Twilight instead. 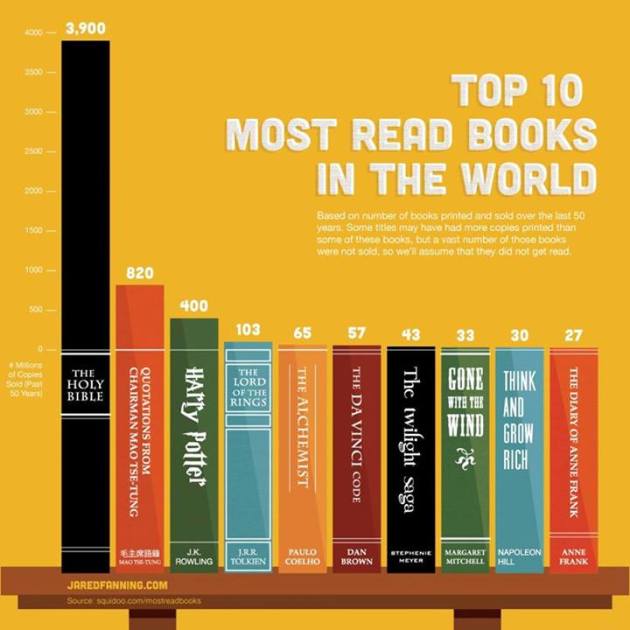 END_OF_DOCUMENT_TOKEN_TO_BE_REPLACED

I moved to Germany – more specifically to Hamburg – little over a month ago. And you know what I realized? I haven’t been able to prove a single stereotype I got about Germany from the media in my Southern European country. And along with me, many others agreed on this. So why does the media from my country – and that of the other PIGS (acronym for Portugal, Italy, Greece and Spain, the European countries in financial trouble) – insist otherwise?

I’ve realized that people are foolishly patriotic. And more than being that, they’re patriots who choose to trust ignorance instead of facts. And the question is: why? Because they are not necessarily given the facts. The media, much like the average citizen, has proven to have little knowledge of economy and, being so, is not capable of translating the heavy economic jargon. And this interests the heads of state, because blaming someone else is always less of a hassle than having citizens mad at you. They vote, they choose who gets what (or at least they are led to believe so) – and this misinterpretation of the political play helps supporting floating promises and inflamed speeches about Europe. The European political scene is a circus – and everyone juggles it the best they can.

END_OF_DOCUMENT_TOKEN_TO_BE_REPLACED

There’s music that gives you emotional rides. Most of the times, it’s because it can be related to a particular period of your life, or because the rhythm suits your usual mood, or just because the song sounds awesome. There are, however, some songs that are indissociable from your culture. Those are the ones that fuck you up – in the good sense – the most: they prove that you can relate to people with whom you share geographical but not personal space with; they bring out a common feeling among people from the same place.

In Portugal, specifically, we call that type of music Fado. Despite there being a lot of Portuguese people who don’t enjoy it particularly (), Fado usually brings out the Niagara Falls in the eyes of most Portuguese.

Fado literally means “fate”, and this music genre roots its concept on melancholy, mournfulness and a culturally bound sentiment of resignation. The songs generally narrate scenes of day-to-day life through a powerful voice that trembles in the singing and a  guitar to mark the pace.

all subtitled and stuff just for you guys. we’re so nice.